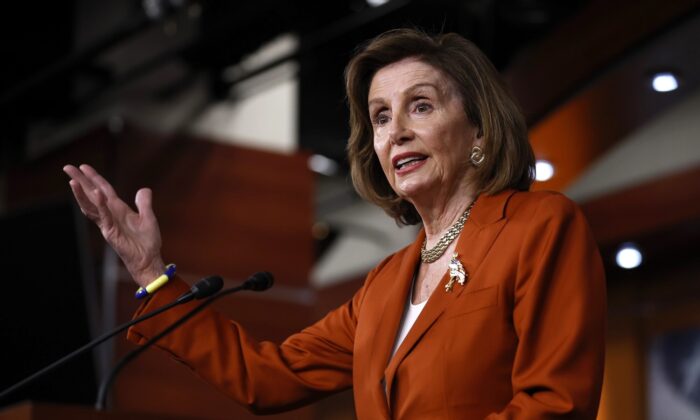 House Democrats on July 13 voted to add an amendment to the National Defense Authorization Act (NDAA), the annual military spending bill, to identify “neo-Nazis” in the military and law enforcement.

The NDAA amendment was sponsored by Rep. Brad Schneider (D-Ill.) and instructs the FBI, Department of Homeland Security (DHS), and Department of Defense (DOD) to publish a report analyzing “white supremacist and neo-Nazi activity” within military and law enforcement.

The amendment passed in a 218–208 vote where it faced unilateral opposition from Republicans.

“Such behavior, such extremism is a threat to us in all segments of society. There is no reason to believe that our military is any different,” Schneider said on the House floor late on the evening on July 13 in defense of the amendment.

“These are exceptions,” Schneider insisted. “They are rare, but we must do everything we can to identify them and to thwart them before risks become a reality.”

If the amendment is passed by the Senate, the FBI, DHS, and DOD would be required within 180 days to send Congress a report on the number of people discharged from either military service or law enforcement for “white supremacist” or “neo-Nazi” ideology.

House Republicans opposed the amendment, which they said was overly intrusive and “denigrates” law enforcement.

“This amendment attempts to create a problem where none exists by requesting investigations into law enforcement and the armed services for alleged rampant white supremacist or white national sympathies,” one such critic, Rep. Andy Biggs (R-Ariz.), said in opposition to the amendment on the House floor.

This is not the first effort by Democrats to pass such a measure, and similar measures have faced condemnation by Republicans in the past for trying to impose “thought police” on military service members and law enforcement officers.

Sen. Rand Paul (R-Ky.), who has made a name for himself in the Senate for long-held opposition to civil liberties violations by federal agencies, blasted a previous bill that was similar to Schneider’s amendment in a May 26 speech on the Senate floor.

Though that bill was “ostensibly” about domestic terrorism, Paul said, the bill “would be more accurately called ‘the Democrat plan to brand and insult our police and soldiers as white supremacists and neo-Nazis.'”

“These are young men and women who have given arms and legs and … I don’t know of an example of some guy who says, ‘Oh yeah, we were blown up by an IED but we’ve got to leave that guy because he’s of a different race,'” Paul continued. “How insulting!”

Paul said the bill would create a task force to investigate American soldiers by reading their emails, tracking their web browser history, and implying that they’re guilty until they can prove themselves innocent.

In a reference to George Orwell’s “1984,” Paul said the new departments created by the bill would have essentially been the “thought police” of the military.

“Congressional Democrats have gotten so extreme, so radical, so out of touch with the American people that when they read it, they think this is something worthwhile to do,” he said.