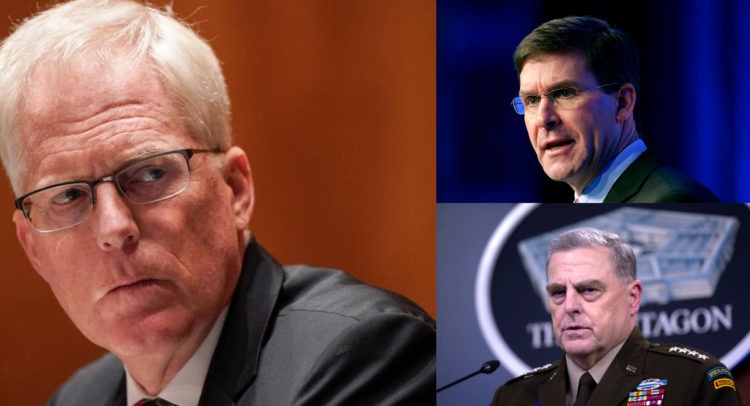 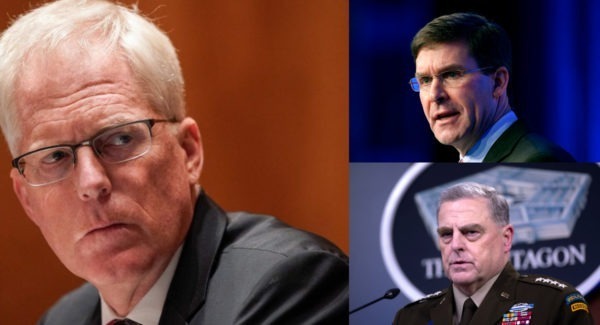 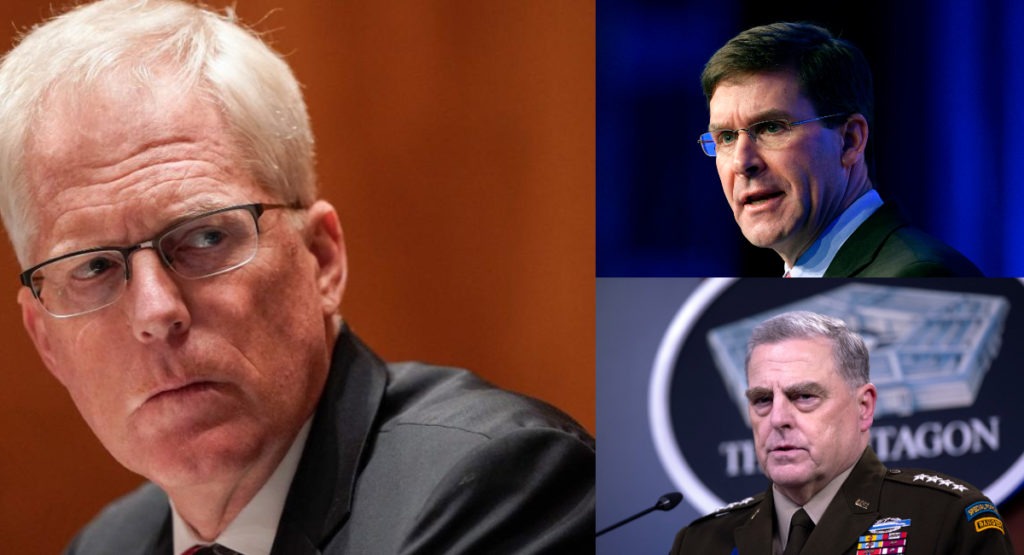 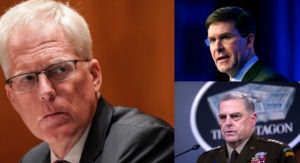 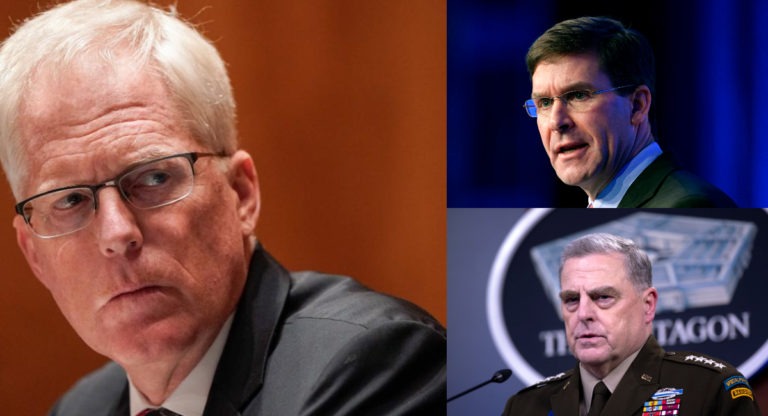 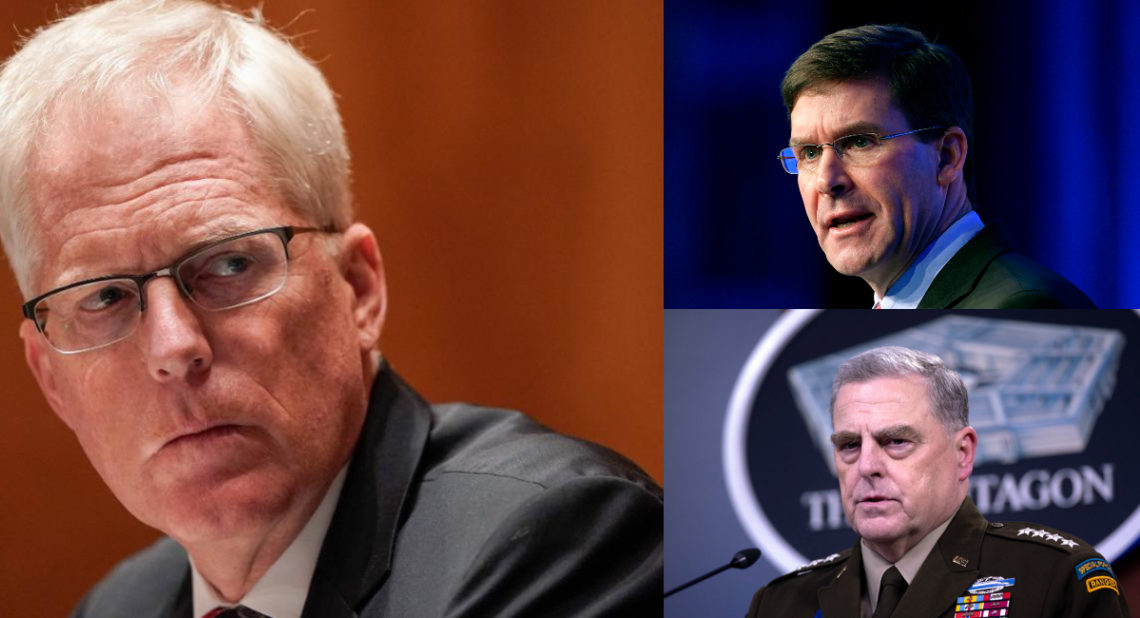 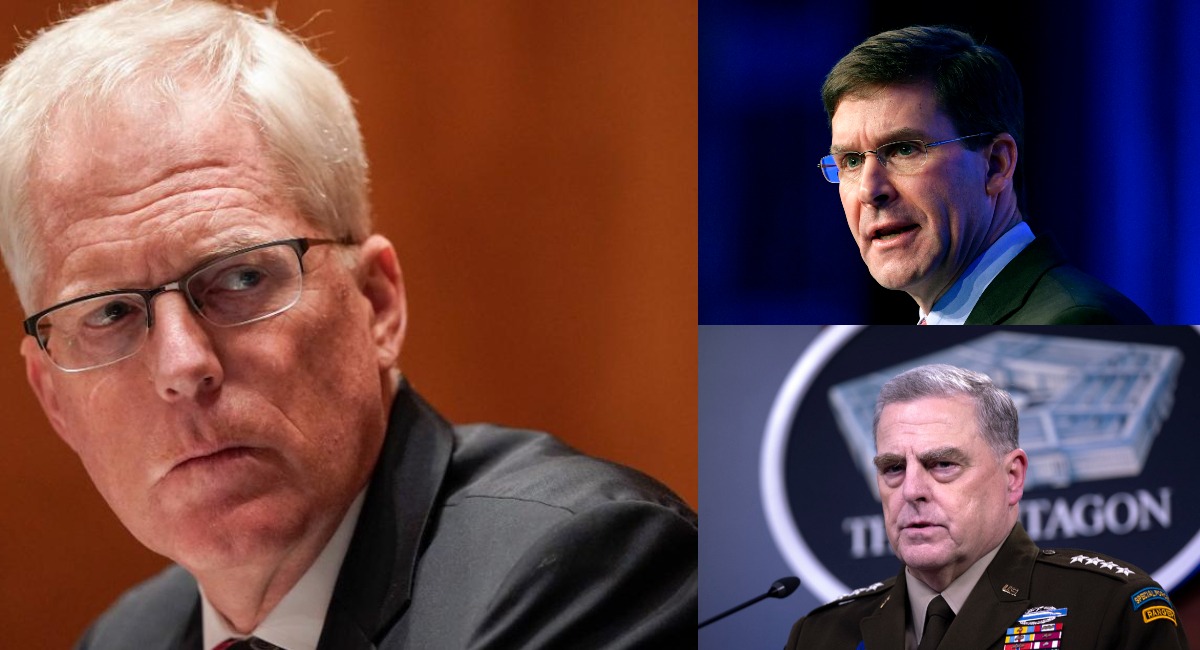 Former Trump Administration Secretary of Defense Christopher Miller has come out and said that he “did not and would not ever authorize” General Mark Milley’s calls with the CCP. However, Fox News was told that he and Defense Secretary Mark Esper had “full knowledge” of the secret calls, including “about 15” other people.

Christopher Miller, the former Acting Secretary of Defense under the Trump administration, has come out and said that General Mark Milley’s secret calls with the Chinese Communist Party were not authorized by him, adding that he “did not and would not ever authorize” Milley’s actions, which many have described as “treason” against the United States.

However, Fox News reported that there were “about 15 people” present for the calls, adding that there were multiple note takers present. According to the report, the calls were both conducted with “full knowledge of then-Defense Secretary Mark Esper and then-acting Defense Secretary Chris Miller – something Miller denied.” (READ MORE: Milley ADMITS To Secretly Calling CCP General, Promising Advanced Notice Of Attack Amid Accusations Of ‘Treason’)

Furthermore, Esper was reportedly significantly involved in the secret CCP calls alongside Milley. “Milley was absolutely not going rogue. Esper took the initiative on this in October. Esper asked his own policy folks to backchannel the message. Milley’s message followed Esper’s,” said Washington Post columnist Josh Rogin after speaking to a senior defense official who confirmed the allegation.

Milley came clean and admitted that he contacted the CCP in January and October, but maintains that he was acting within his authority, as National File reported. Many, including former President Donald Trump, have said that Milley’s actions amount to “treason.” (READ MORE: Trump Releases Statement On ‘Dumbass’ Milley’s Treasonous Phone Call, Says General ‘Concocted’ Story With Woodward)

“I assume he would be tried for TREASON in that he would have been dealing with his Chinese counterpart behind the President’s back and telling China that he would be giving them notification ‘of an attack,’” Trump said in a statement.

Milley need only remember that there is NO shortage of "ROPE" in GITMO. Mom always said," You just cant make some folks happy even if you hung them with a new rope". Gen. Milley, happy times are likely ahead for you pal.  You backed the wrong horse in this race.  What were you thinking?  Good luck, but I doubt it.  Just my opinion.

How did we wind up with a Tilley?

The biggest problem the Trump administration had was the lack of a scorecard. You have to know who are the real good guys. A minimum of half of the President's advisors lived in the swamp. And the other half either didn't know, didn't care (had their own agenda), or didn't know how to fight it.

Or we just witnessed the largest con in the history of politics.