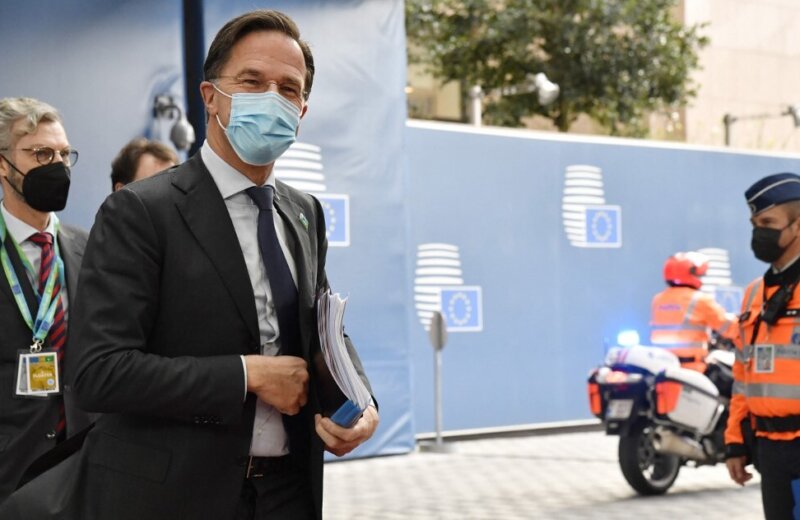 Netherlands' Prime Minister Mark Rutte (L) arrives for an informal meeting of the European Council on Ukraine and Russia at The European Council building in Brussels on February 17, 2022. (Photo by Geert Vanden WIJNGAERT / POOL / AFP)
Photo by AFP

The Netherlands will send Ukraine military equipment including sniper rifles and helmets to defend itself against a possible Russian attack, the foreign minister said Friday, Feb. 18.

The move by the NATO member comes despite neighbouring Germany being mocked by the mayor of Kyiv for sending helmets to Ukraine in the face of any Russian invasion.

“Ukraine must be able to defend itself against a possible Russian armed attack on its own territory,” foreign minister Wopke Hoekstra said in a statement.

“That is why the cabinet has decided to supply these military goods to Ukraine.”

The only lethal weaponry the Dutch government will send Ukraine consists of 100 sniper rifles with 30,000 rounds of ammunition, the foreign ministry said.

It will also supply 3,000 combat helmets and 2,000 armour plated vests “for personal protection of vital body parts,” it said.

Germany in January said it would not provide weapons to Ukraine but offered to send 5,000 helmets instead, a move slammed as an “absolute joke” by Kyiv mayor Vitali Klitschko.

The Netherlands has built close ties to Ukraine in the wake of the MH17 disaster in 2014, when a Malaysia Airlines flight flying from Amsterdam was shot down over eastern Ukraine in 2014 with the loss of all 298 people on board, 196 of them Dutch.

However The Hague has been cooler on military support.

In 2016 Dutch voters soundly rejected a key EU-Ukraine treaty, forcing Prime Minister Mark Rutte to work out a compromise deal that limited the EU’s defence commitments to Ukraine and any guarantee of full EU membership for Kyiv.