New Hampshire-based Sig Sauer announced this week a first-run commercial variant of the rifle they submitted to the U.S. Army's Next Generation Squad Weapon program – the MCX Spear.

Sig says the MCX-Spear was developed with "direct input from U.S. warfighters to provide more power, distance, and accuracy" to replace the Army's current go-to 5.56 platform, the M4, with a new rifle chambered in a 6.8 caliber. That round on the consumer market, at least in Sig's case, is the company's recently debuted .277 Sig Fury.

The Sig Sauer MCX-Spear is a multi-caliber platform that can swap between .277 Fur, 6.5 Creedmoor, and 7.62 NATO via a simple barrel change at the user-level. It has rear and side non-reciprocating charging handles, a six-position folding stock, a lightened free-float M-LOK handguard, and a full-length Picatinny top rail for optics and accessories. 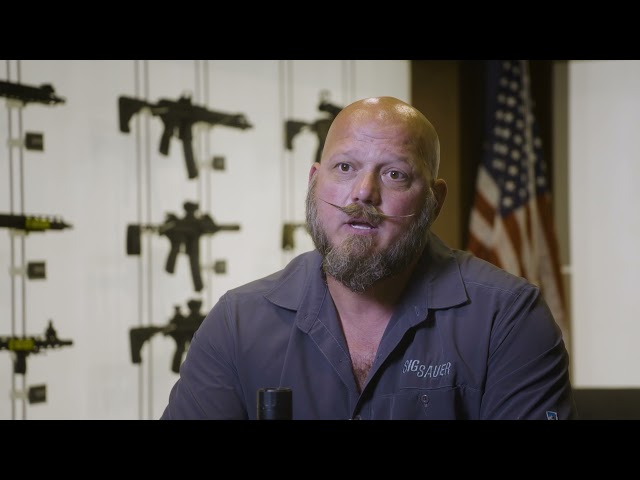 "This is a rare opportunity for passionate consumers to own a piece of history,” said Sig's president and CEO, Ron Cohen. "This first production run MCX-Spear, and all of the revolutionary technology behind its development, is being offered to the commercial market in a configuration that is a near match to our NGSW-R submission. Further, this is the only rifle submission to the program that is designed and engineered in the United States by a company with the manufacturing scale and proven adherence to military-grade quality requirements - which is a tremendous source of pride for everyone at Sig Sauer."

While Winchester recently won a contract to set up the Army's Lake City Ammunition Plant to make the NGSW's 6.8mm ammo and Vortex pulled down a huge award to make up to 250,000 advanced optics for the weapons, the Pentagon has not decided which version of the NSGW-Rifle and NGSW-Automatic Rifle to order. Current contenders for the weapons platforms themselves in addition to Sig Sauer are two teams made up of defense contractor General Dynamics Ordnance Tactical Systems, working with Beretta and True Velocity; and AAI/Textron partnered with ammo firearms maker Heckler & Koch.