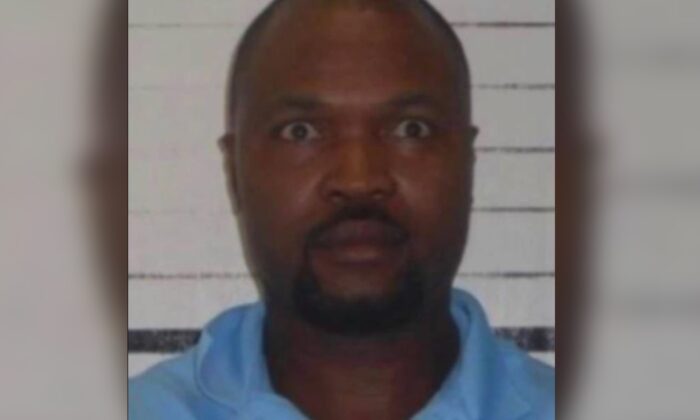 A 45-year-old man shot and killed four people and himself at a medical office in Tulsa, Oklahoma, on Wednesday after he complained about back pain, officials confirmed on Thursday.

The gunman was identified by the Tulsa Police Department as Michael Louis. Police on Wednesday initially identified the suspect as a black male between the ages of 35 and 40, saying that he had a handgun and rifle.

Louis bought a rifle on the same day as the attack before killing St. Francis Hospital doctors Preston Phillips and Stephanie Husen. The other two slain victims were identified as receptionist Amanda Glenn and patient William Love, according to Tulsa Police Chief Wendell Franklin during a news conference Thursday.

Franklin told reporters that he targeted Phillips following a recent surgery: “On May 19, Michael Louis went into the hospital for a back surgery.”

Officials discovered a letter on Louis in which he said he came in to kill Phillps and “anyone who got in his way,” Franklin said, adding that he blamed Phillips for ongoing back pain.

The suspect was released on May 24 but “right after release, Louis called several times over several days complaining of pain and wanted additional treatment,” the chief remarked. “He blamed Dr. Phillips for the ongoing pain following the surgery,” Franklin said.

On May 31, Louis was evaluated by Phillips, an orthopedist, again for additional treatment. But on Wednesday, Louis called his office “complaining of back pain and wanting additional assistance,” Franklin said.

Louis’ family also confirmed his identity to The Daily Beast.

“Tulsa Police called me and verified that it’s my uncle,” Louis’ niece, who was not named, said on Thursday morning. “We are so distraught.” “I don’t even want to be associated because I’m so disgusted,” she told the outlet.

When Louis entered the Warren Clinic Orthopedic Surgery and Sports Medicine on the second floor of the Natalie Medical Building, located near the St. Francis Hospital, Love and Glenn “stood in the way, and Louis gunned them down,” Franklin said. It’s not clear when he shot Husen, who was also an orthopedist.

Franklin told reporters that Louis had also purchased a pistol in late May. Both the pistol and rifle were purchased legally, he said.

The Saint Francis Health System said Wednesday it was grieving the loss of four employees.

“As a faith-based organization, the only recourse we have at this moment is to pray while we navigate this tragedy,” hospital officials said in a statement. “Out of respect for the families, we are not commenting on or releasing names of those lost or injured at this time.”