Leaked Documents Show FBI’s Definition of a Militia Violent Extremist is YOU!

The documents were sent to all ATF field offices to guide agents in identifying signs of what could be signs of MVE. These signs include the “Boogaloo” flag or terms like “Big Igloo.” The Boogaloo movement started as a meme referencing the 1980s movie, Breakin’ 2: Electric Boogaloo, as the second American Civil war. The term has proliferated gun culture and taken on a life of its own.

Another symbol that might suggest an MVE to the FBI is the anarcho-capitalist (ancap) flag. The flag mixes yellow as a symbol of capitalism with the black flag of the anarchist. Anarcho-capitalist believes in replacing the state with minimized public service supplied by companies competing through the free market. Ancaps thinks the services will be cheaper and of higher quality due to competition instead of government monopolies.

The FBI also views the Punisher Skull as a sign of extremism. The skull comes from the Punisher comic book which anti-hero Frank Castle takes his murderous revenge on the criminal underworld. The skull has been used in several movies and a successful Marvel series. It has also been used by SEAL Team 3 and multiple law enforcement organizations, including the Punishers Law Enforcement Motorcycle Club. The Punishers LEMC has numerous FBI Agents as members.

Another symbol that the FBI believes represents MVEs is the Spartan Helmet. This symbol has been used in many areas of mainstream culture. Hundreds of cross-fit gyms and “tough mudder” competitions use the helmet as well as Ironman races.

If someone participates in one of these races, they might be suspected of being an MVE by the FBI.

The FBI also considers any symbol referencing the Second Amendment as a sign of possible MVE.

Many gun community members have stickers or decals referencing the Second Amendment. Some think this is equivalent to a writer with a First Amendment sticker being considered an extremist because they COULD write something inflammatory. To many, this designation is problematic.

The resistor symbol is one of the most used symbols in electrical engineering and is found on nearly all electrical diagrams. According to the FBI document, the electrical resistor symbol could also signify an extremist. The Bureau claims that extremists use this electrical diagram as a sign of resistance. The FBI also claims that a black American flag or a black and white American flag could signify an MVE. The law enforcement agency says the flag means “no quarter given,” a well-known pirate term.

The FBI also claims that the historic Alamo flag is also a sign of violent extremism. The flag features a canon with the words “Come and Take It” printed below. The phrase comes from the last stand of the 300 Spartans against the Persian armies.

The FBI also considers the phrase “MolonLabe“, the tag line on the bottom of every page of AmmoLand News, as a sign of extremism because it translates to “Come and Take It.” It is also the slogan of the Greek Army.

According to the FBI, other imageries also indicate extremism, including iconic American symbols like the Gadsden Flag and the Tree of Liberty.

Both have been referenced by numerous books, TV shows, and movies throughout history. The Founding Fathers used both symbols as signs of resistance to British rule. Even more, puzzling is the inclusion of the Betsy Ross flag as a sign of possible extremism. The flag was one of the first American flags used after independence was declared from the British Crown.

The FBI also considers all revolutionary symbols as a sign of extremism. The FBI memo includes the exact image of the Minuteman used by the Virginia Citizens Defense League (VCDL). Other gun groups use the Minuteman, such as Gun Owners of America (GOA). The Minuteman represents always being vigilant to safeguard our rights.

To the FBI, it means that you might be a violent extremist.

The document also contains several quotes from the founding fathers and text from the U.S. Constitution as signs of militia violent extremism. The quotes are numerous and well known is Second Amendment supporters. Also, the military’s oath during its swearing-in ceremony is considered a sign of extremism.

It also includes several people that, according to the document, are considered martyrs to the violent extremist, including Duncan Lamp, who was killed by police serving a warrant because Lamp had a gun that was illegal in Maryland, and Vicki Weaver, who was killed by an ATF sniper while holding her baby. Marvin Heemeyer is also listed. Heemeyer went on a rampage through a town in a “Killdozer.” 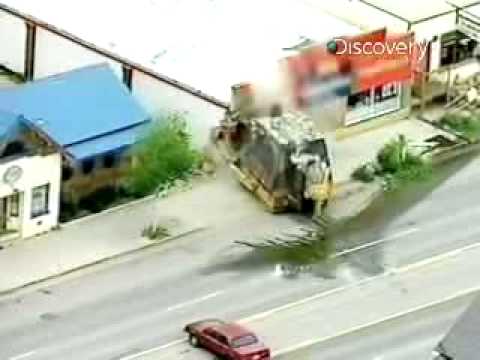 LaVoy Finicum, who the FBI shot during a siege at a wildlife refuge, made the list as an “MVE martyr.” Ashli Babbitt, an unarmed woman wrongly killed by Capitol Police during the J6 unrest, for which no one was held accountable, also is listed in the FBI document.

It also considers the Three Percenters to be part of militia violent extremism. The Light Foot Militia also gets that label along with Oath Keepers. Several high-profile Oath Keepers were arrested during the Capitol Protest over alleged voting irregularities. The FBI considers these groups to be a danger to the American public.

Most interestingly, the FBI considers talking about the ATF’s Waco Siege or Ruby Ridge as a sign of violent extremism.

The two events were the most significant failures in federal law enforcement history. The raid on the Waco compound to arrest David Koresh was done after notifying the press. Instead of arresting Koresh on his morning jog, the ATF brought in tanks. The ATF raided the compound because they believed the religious sect had machine guns. The report was false. After missteps, the ATF raided the compound and used flammable gas. The compound burned down, killing many men, women, and children.

At Ruby Ridge, an FBI sniper shot Randy Weaver’s pre-teen son and then killed his unarmed wife while she was holding a baby. The siege was over a sawed-off shotgun that an ATF confidential informant pressured Weaving into making. The agents that killed Vicki Weaver and her son were never named.

Many see this document as the FBI making Second Amendment supporters into an extremist. AmmoLand News reached out to the FBI for comment, but it was not returned at the time of publication.

John is an NRA instructor and a constitutional activist. John has written about firearms, interviewed people of all walks of life, and on the Constitution. John lives in Northern Virginia with his wife and sons and can be followed on Twitter at @crumpyss, or www.crumpy.com.